How to Design a Home Security System- Perimeter Protection 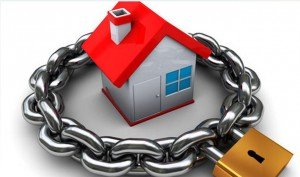 When considering how to design a home security system, the primary concern for intrusion protection is setting up a layer of perimeter protection. While a comprehensive system may incorporate multiple layers of protection and a variety of ancillary systems and sensors, your first objective is usually to create a perimeter barrier that will prevent intrusion and detect any sort of breach before entry is gained into the home.

An effective security system starts with letting potential intruders know that your home and family are protected by a reputable, nationally recognized and professionally monitored home security system. Prominently displayed yard signs and window stickers serve as a strong deterrent and are your first line of defense against would be intruders.

Layers of Protection- The Perimeter

The next layer of protection begins with sensors placed at strategic points that are most vulnerable to forced entry.  There are also a variety of external sensors available on the market. While there have been recent developments and improvements in the technology, they are widely considered more vulnerable to the elements and more susceptible to false alarms, so we will focus on sensors placed in the interior of the home for now.

Statistics show that almost 80% of all break-ins involve entry or exit through a door.  While it may be ideal to contact every door and window in the home, it is often cost prohibitive to do so.   A good rule of thumb is to 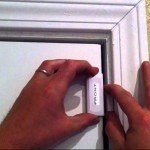 protect all of your doors with  sensors that creates a magnetic contact. Typically one would place a magnet on the door frame and a sensor that houses a wireless transmitter on each door.

Additionally, it is a good idea to secure the most vulnerable 1st floor windows.  Sensors should be placed on windows that are obscured from the neighbors’ view and are readily accessible.  (i.e. in the rear of the home, hidden by shrubbery, over a basement “bulkhead” door)To protect the window from both being raised, or lowered,  a magnet is placed on the window on the bottom sash of the upper window frame, with the sensor placed on the upper sash of window. 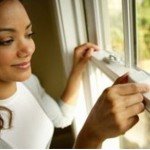 When the protected door or window is opened, it breaks the magnetic contact and a signal is sent to your central control panel.  If the system is “armed” it will activate a pre-alarm that will initiate a countdown(typically 30 seconds) signaling that the system needs to be disarmed, by entering a 4 digit code.  If the system is not properly disarmed, then an internal siren is activated, to alert anyone on the premises that there has been a perimeter breach, and the system notifies the central monitoring station when and where the breech occurred.  The CMS typically calls the home to verify the signal, and dispatches the local authorities if no one answers or they are not provided with the correct authorization code.

As mentioned earlier, it is ideal to protect every possible point of entry, but strategically locating sensors in the most vulnerable areas (and thus the areas most likely to be targeted by an intruder) will provide you and your family with a solid foundation of perimeter protection.  This will detect them before they have gained entry into your home, and comprises the 2nd layer of protection.

More detailed system and installation information is available from our  top alarm companies.

The rankings and ratings expressed on this site are the opinion of www.thehomesecurityadvisor.com and are subject to change. To keep this valuable service free, we generate advertising revenue from the companies featured in our rankings. Learn More.

Make YOUR Home and Family Safer!