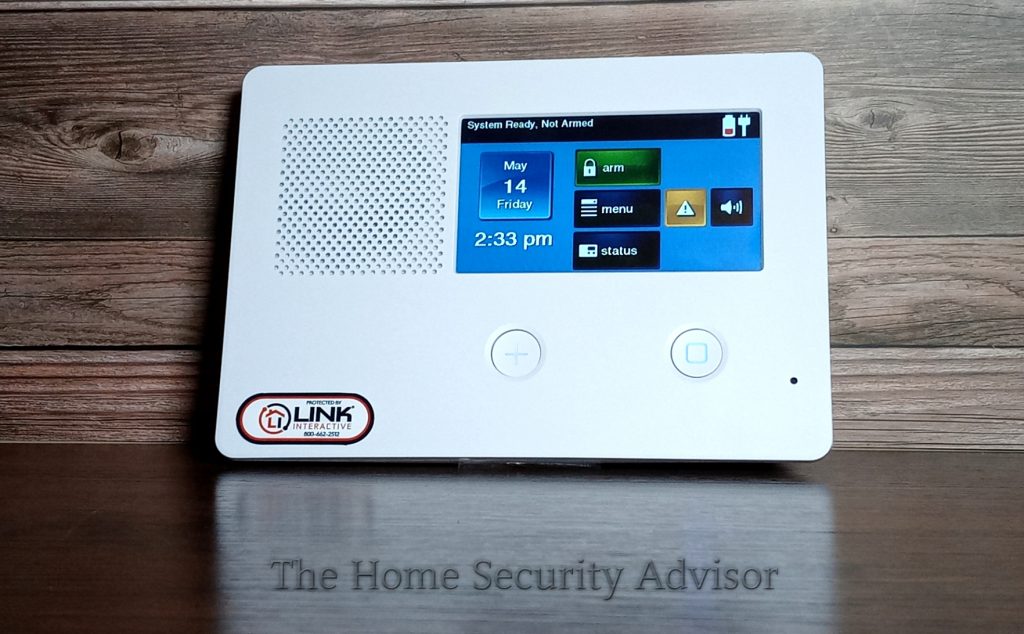 Why choose the 2GIG GC2E?

Do I get it professionally installed or go with DIY?

Do I just want basic security or do I want to be able to take advantage of all the latest home automation features?

For a variety of reasons, we chose Link Interactive as the best company for upgrading.

So…the next question was, which security panel to choose.

They offered both Qolsys and 2GIG. Decisions….decisions.

While we really liked the idea that the Qolsys panel had a built-in camera that takes a photo each time the system is disarmed, we felt the build quality and encryption of the 2GIG CG2E gave it a slight edge.  Both systems will serve any user well…and it may just come down to personal preference.  But, let’s dive in a bit deeper to the 2GIG GC2E.

2GIG Technologies began making a name for themselves as an advanced security and home automation equipment manufacturer back in 2007.  Their 2GIG Go!Control system (pictured below) went on to win numerous industry awards and accolades including the 2011 Security Product of the Year from the TechHome Division of the Consumer Electronics Association (CEA).

They provide cutting-edge technology and since being acquired by Nortek,  in 2013, they are fast becoming an industry leader in home security and automation products. 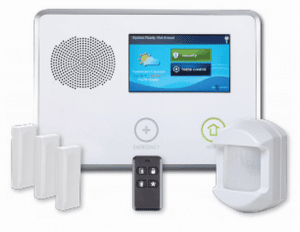 What Alarm Companies have used 2GIG?

2GIG has been or is being used by some of the most prestigious and fastest-growing home security companies including:

While one could devote pages to cover every feature, advantage, and benefit of all the included technologies, I will only be highlighting some of the most noteworthy and unique features which set 2GIG apart from much of the competition. 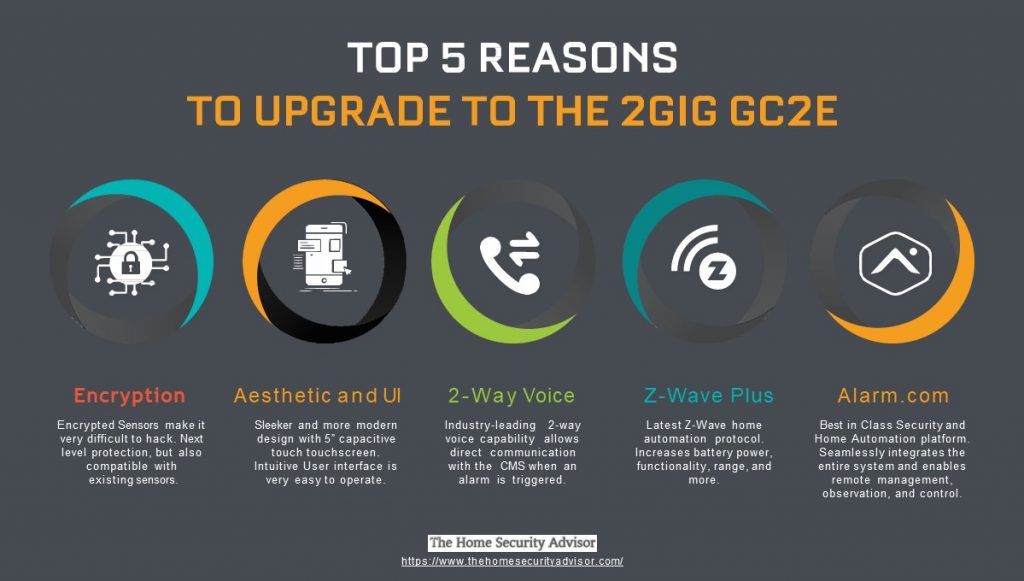 The ability to support the new eSeries encrypted sensors provides an additional layer of protection against potential would-be hackers.  This provides an additional layer of security – but, is also backward compatible with legacy sensors as well.  The same thing goes for both Z-Wave and S-Wave Plus protocols.  This is an important consideration for those who may have a substantial amount invested in existing components.  This allows one to enjoy the latest technology and upgrade devices as the budget allows.

While it looks similar to its predecessor the 2GIG GC2, the addition of a slightly larger 5″ Touchscreen that uses capacitive touch technology is a major improvement.  The previous model used a smaller 4.3″ screen that used resistive touch technology.  That means that you had to press down on the screen so that it sensed resistance, as opposed to the more sensitive capacitive technology which just requires a light touch or swipe of the screen.

Sometimes, seemingly minor improvements can result in major differences in the user experience.  This is one of them.

Additionally, the system is future-proof as it allows over-the-air updates to ensure that the system is always up to date with the latest software advances!

In summary, the 2GIG GC2e Panel offers one of the most technologically advanced, comprehensive, feature-rich, and user-friendly security systems available in the security marketplace.

With a minimalist design, it is aesthetically pleasing and offers virtually every imaginable feature one could want.  The good folks at Link Interactive will make sure it comes to you pre-programmed with your equipment on a new system…so, all you have to do is place the sensors and call in to activate.

The 2GIG GC2e is fast becoming one of the most popular security systems in the marketplace….and for good reason!

To see just how affordable it can be to upgrade or install a new 2Gig Home Security System,

to visit the folks at Link Interactive

Thank you for visiting! Please feel free to leave your experiences or comments on 2GIG GC2e Review, below.

Last Updated on June 11, 2021 by The Home Security Advisor