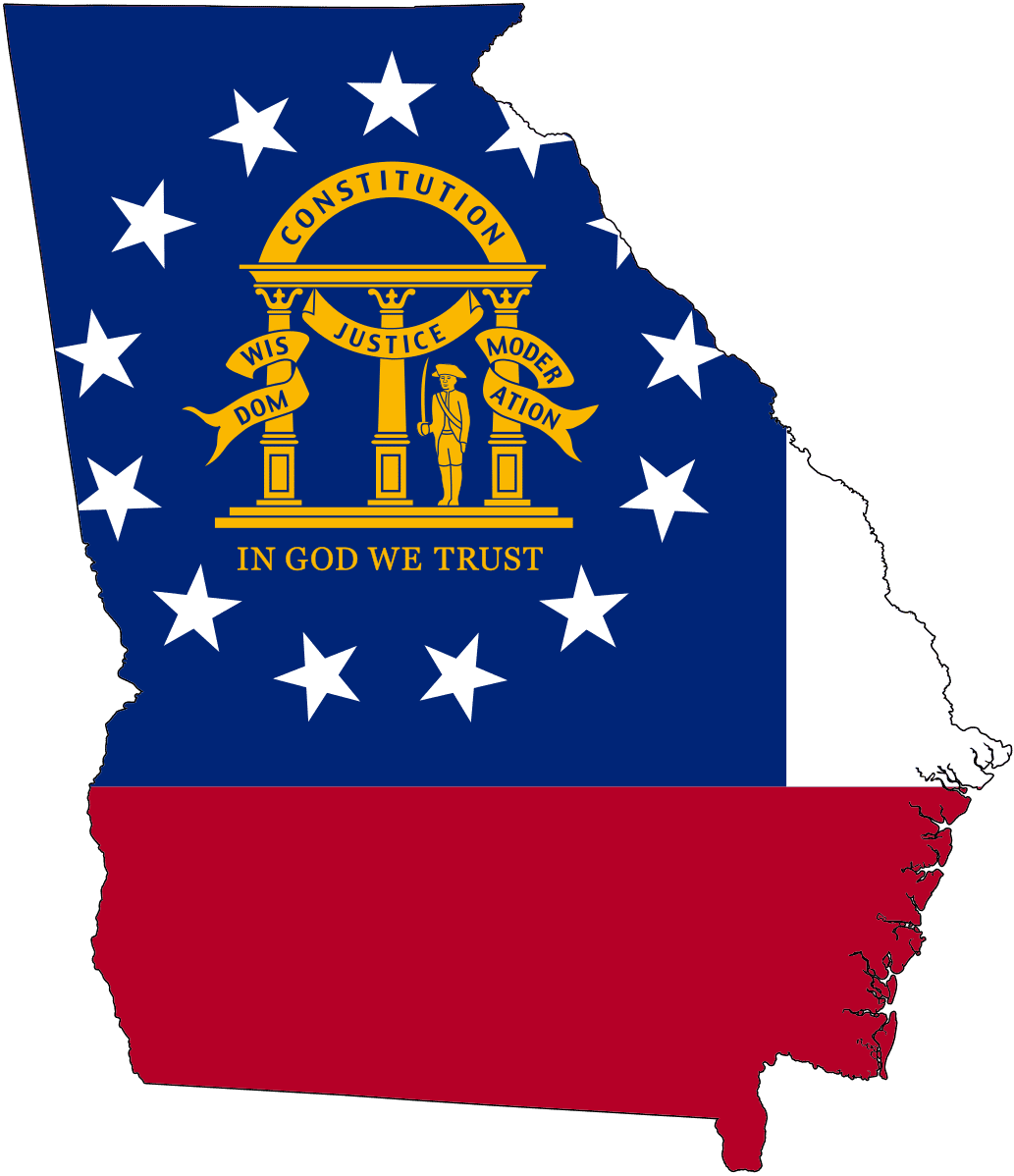 The “Empire State of the South”, Georgia, has been recognized as one of the top states in the nation in which to do business and holds Standard and Poor’s highest AAA credit rating.

The largest city, Atlanta has hosted the Olympics, the Super Bowl and operates the world’s largest air transportation hub in the world. It is the country’s 9th largest metropolitan area and is considered the cultural and economic center of the south.

While Atlanta may have more than it’s share of crime, there have been vast improvements in recent years.

As a matter of fact, a number of Georgia’s safest communities are suburbs of Atlanta. Johns Creek, Peachtree City, Kennesaw, Milton, and Roswell are all included in our 2019 list of the Top 10 Safest Cities in Georgia.

Half of our top 10 Safest Cities had less than 300 property crimes.

In cities with populations well above 10,000, these are impressive numbers.

If you are thinking about residing in the Peach State, this list of safe communities in Georgia will help you locate some great neighborhoods.

Following are the top cities with populations above 10,000 which have been recognized as the safest cities in Georgia.

What are the Top 10 Safest Cities in Georgia? 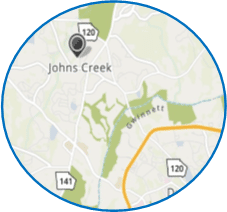 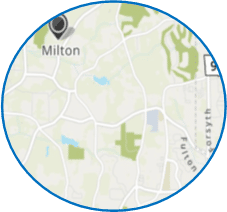 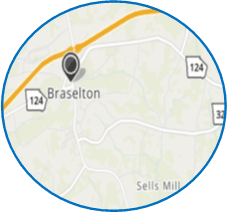 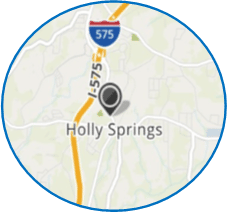 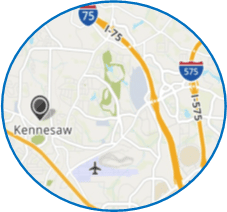 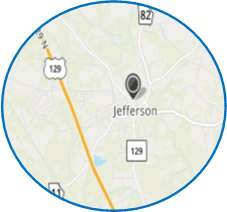 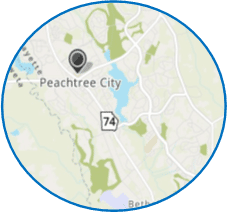 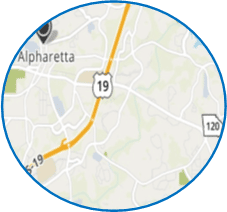 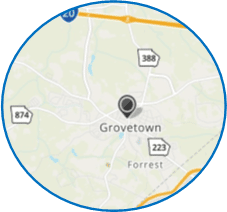 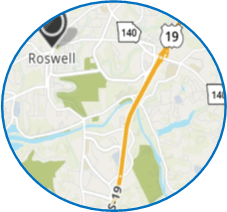 to Make Your Home 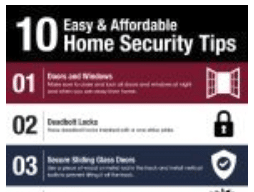 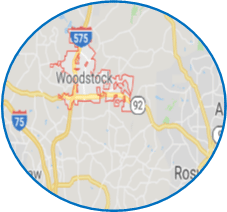 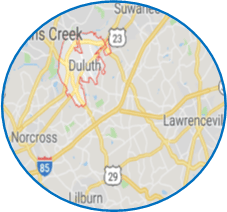 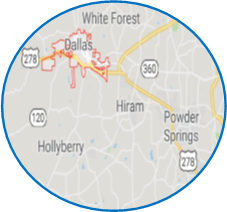 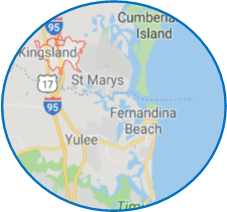 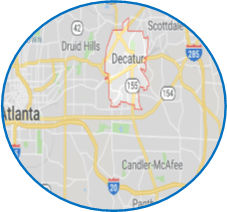 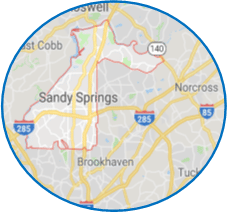 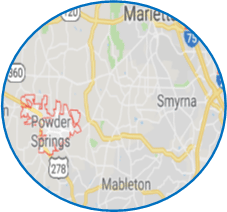 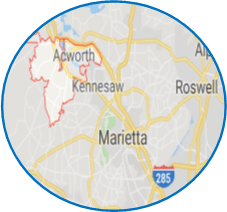 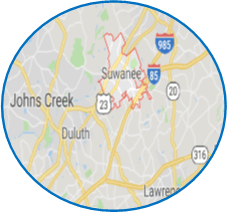 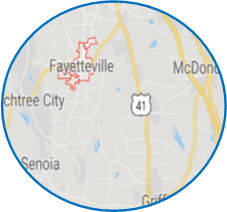 The Rest of Georgia’s Top 50

How We Determined the Safest Cities in Georgia

To calculate the most secure towns and cities throughout Georgia, our team consulted the most recent (2017) FBI Uniform Crime Report results.  We only considered towns and cities with more than ten-thousand residents who reported their crime data to the FBI.

Both “Violent” (aggravated assault, murder, rape and robbery) and “Property Crimes” (burglary, arson, larceny-theft, motor vehicle theft) were considered.  These figures were weighted In order to reflect the seriousness of the criminal activity. Property crimes were factored by .50 and then added to the number of violent crimes reported in the community.

The sum of the two was then divided by the population in the community. For comparison purposes, we normalized the mathematical finding to reflect weighted criminal offenses per 100,000.

This provides a useful number which can be used to reflect the overall safety and security in the community. Although no formula is perfect, it provides a basis for comparison to determine some of the safer communities in Georgia.

However, not every town and city reports their records. If a town or city didn’t report their stats to the FBI, they were not included in the list.  Some communities with reporting anomalies might also not be included in this year’s rankings.

In addition, one needs to take into consideration that certain communities inside any city may have much lower crime rates than other neighborhoods. In larger cities, there may be a huge variation from one neighborhood to the next.

To get ideas on things you can do to make your home safer, check out our Top 10 Tips for Better Home Security…and you may want to consider a top rated professionally monitored home security system . 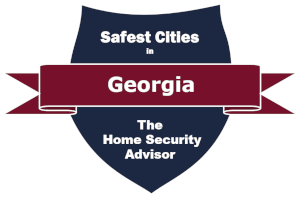 Your city was recognized by

as one of the Safest Cities in Georgia!

Copy the code below (bottom of page, above footer) to embed this badge on your website:

Last Updated on March 30, 2019 by The Home Security Advisor

Embed This Image On Your Site (copy code below):